Those lines from Star Wars get me every time.

While the mission of this blog is to educate and foster awareness on human trafficking in the United States, one thing that needs to be emphasized is how to be a good anti-trafficking advocate. Most people assume that talking about the issue is enough to generate awareness. It is a fundamental part of the process, but in many ways it can be also be a misleading type of advocating. The way we speak about issues needs to be framed in a way that doesn’t sensationalize survivors and their story, but rather treats them as a fellow human being.

“There seems to be a pervasive belief that if you are interested in fighting human trafficking then you have the carte blanche to be as sensational as you like (FYI, you don’t). There also seems to be an incessant demand to ‘hear your story’ despite the fact that for people already working in the movement the benefit of repeated listening to graphic details is at best questionable and at worst voyeuristic. When allies are questioned or critiqued for their tactics, the ‘but we’re just trying to raise awareness’ defense is frequently invoked.  In fact, it’s often seen as poor form to voice these concerns , especially to do so publicly, even if the hurt or humiliation we experienced was public.  Critiquing actions of individuals and organizations within the movement  we’re often shamed by those same people for somehow not being grateful, that are responses are only because we’re still struggling with our own trauma, or laughably as if our commitment to raising awareness or fighting the issue is somehow far less valid than the organization that’s ‘just trying to help’.  Our concerns are frequently dismissed with comments about how ‘serious’ this issue is, as if hurting survivors isn’t serious, or that we’re wasting energy when we should be focusing on the ‘real’ problems. All of these responses simply minimize the damage that’s done and survivors are left feeling guilty, ‘over-sensitive’ or questioning their own healing and recovery.” (GEMS Founder, Rachel Lloyd)

To read Lloyd’s full piece on the above, click here.

Tomorrow in my International Activist Politics class, we’ll be doing a “campaign practice” on a sex trafficking case study. I haven’t read tomorrow’s class readings yet, but they all seem to present fascinating views on feminism and anti-trafficking movement. I’m challenging myself to think outside the box during tomorrow’s class and to keep Lloyd’s words in mind while we brainstorm ways on how to create awareness for victims of sex trafficking without “demonizing/pitying” them.

The blog has been quiet for awhile, and Eli and I apologize for its lack of activity. We’ve been going crazy over school and other responsibilities that we haven’t had time to even sit down and talk about the blog and its future. We’re in the second half of our spring semester, so school activities are picking up for us – and so will A.T.I.P.! There is a lot to update you on, it’s unbelievable that so much has happened since we started A.T.I.P two months ago.

If you are familiar with famous YouTubers, then the mention of make-up guru Michelle Phan should ring a bell. Michelle is teaming up with LOVE146 to support victims of human trafficking in the Philippines, and she created this beautiful animation to show her support and provide background on LOVE146’s origins. Phan did a wonderful job with her animation in explaining why she is involved with LOVE146; it had a personal touch that wasn’t overly sensationalized. However, one thing that sparked my attention (as well as Alvi’s) was Phan’s use of the word “fragile”. Alvi and I thought that a much more empowering word could have used, since “fragile” suggests that the object it is referring to can be easily broken. We thought the word “delicate” would have been better to use since it presents alternative meanings of “gentle” and “exquisite”, which dispels the stereotype of girls as weaklings.

Towards the end of her video, Phan says, “This salute is to remember the girl. … Love the girl inside of you, the girl who’s waiting for you.” It’s great that Phan finished her video with the idea that we (the privileged viewers) can help the children of LOVE146 get a better life by supporting them with our donations. But it made me slightly uncomfortable that at no point throughout her video, Phan didn’t mention the victims having their own sense of agency in overcoming what they’ve been through. I am by no means bashing Phan’s video since I sincerely enjoyed it, but I’m just providing a critical lens to analyze her video. It’s easy to be captivated by the fantasy and beauty of videos that are just as compelling as Phan’s; but that shouldn’t take away from understanding the messages that come across through media outlets. So, while we “#RememberTheGirl”, we should also “#RememberTheMessage.” 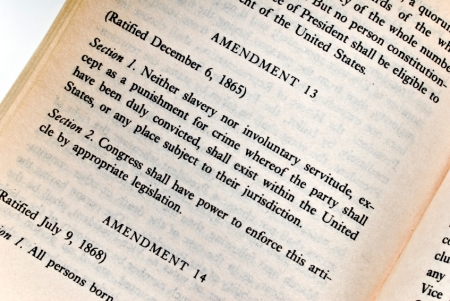 It is with regret that I inform you of the reality in the 13th Amendment of the United States Constitution. “Slavery” and “involuntary servitude” still exist in the USA today, but in more covert forms than before. One of these forms is human trafficking. It is an issue that not only covers an international base, but strikes close to home as well.

According to the United Nations Office on Drugs and Crime, human trafficking is:

“The recruitment, transportation, harboring or receipt of persons, by means of the threat or use of force or other forms of coercion, of abduction, of fraud, of deception, of the abuse of power or of a position of vulnerability or of the giving or receiving of payments or benefits to achieve the consent of a person having control over another person, for the purpose of exploitation.”

Human trafficking is an umbrella term for illegal activities that fall under its definition, such as sex trafficking. Sex trafficking is when people are sold for work in brothels and sex clubs. It can also include forced labor or services. At times, people are tricked into thinking that they have found a decent job, but are made to work in inhumane conditions (e.g. factory or construction work). Cases also show that many become victims of organ removal for black market sale. Most individuals would think they are aware of sex trafficking. They would not consider, however, the multiple activities listed above as part of the human trafficking umbrella. According to the Polaris Project, human trafficking affects an estimated 700,000 to 2 million people of the global population every year.

As with any complex issue, there are numerous facts and perspectives to consider; below are the top 5 common human trafficking myths identified and deconstructed for the purpose of shifting one’s perspective.

Myth #1: “Women are the only victims of human trafficking.”

Truth #1: Contrary to gender stereotyping, men, young boys, and transgender people are trafficked across borders too, normally for sex work or forced labor. They appear “invisible” in trafficking reports because some are too ashamed too talk about what has happened to them, and avoid law enforcement. Additionally, the United States Department of Justice estimates that boys are less than 10 percent of the victim population – not a large number, but one that deserves attention.

Myth #2: “The victim of human trafficking is to blame for their own involvement.”

Truth #2: Various victims may be aware that advertisements for these activities may be a scam. However, their decisions are influenced by their economic conditions and desperation. In most scenarios, victims are taken from recruitment locations to a brothel and stripped of their documentation. To earn their documentation back, victims need to work their way to earn the required money needed to retrieve their documentation. They are allowed to return home after they recruit new victims to take their place. This vicious cycle makes traffickers rich while sexually exploiting victims. Families also sell young children to recruiters to work on farms or in better economic conditions. They are unaware that they are being trafficked. We need to stop blaming the victims and recognize their circumstances.

Myth #3: “Human trafficking and human smuggling are the same thing.”

Truth #3: The difference between trafficking and smuggle is force. Human smuggling is when a person gives his or her consent to cross borders. This is normally the case of someone entering a country illegally. Trafficking involves perpetrators using coercion and exploitation to move a person against their own will, which renders them helpless.

Truth #4: Politicians and law enforcement often manage trafficking activities. Ventures can only be maintained with high profits and a consistent supply of people. Organized crime networks use corrupt law enforcement to complete border leniency. They also  pay bribes for law enforcement: for example, a German diplomat in the United Arab Emirates was arrested for human trafficking charges.

Myth #5: “There is nothing anyone can do to help prevent human trafficking.”

Truth #5: By taking small steps into advocating awareness, human trafficking can slowly be destroyed. Many trafficking victims possess similar characteristics such as lack of education, illiteracy, and poor economic conditions. We can also educate communities about this issue and help push for legislation and restrictions. We should focus on educating younger generations about human trafficking. This way, they will be able to join our fight to end trafficking in the United States.

Josh Holt, a senior at Wofford College in Atlanta, uses his artwork to raise awareness on human trafficking. Above are a few of his pieces. Read more about his artwork here: http://bit.ly/1bwyJLS.